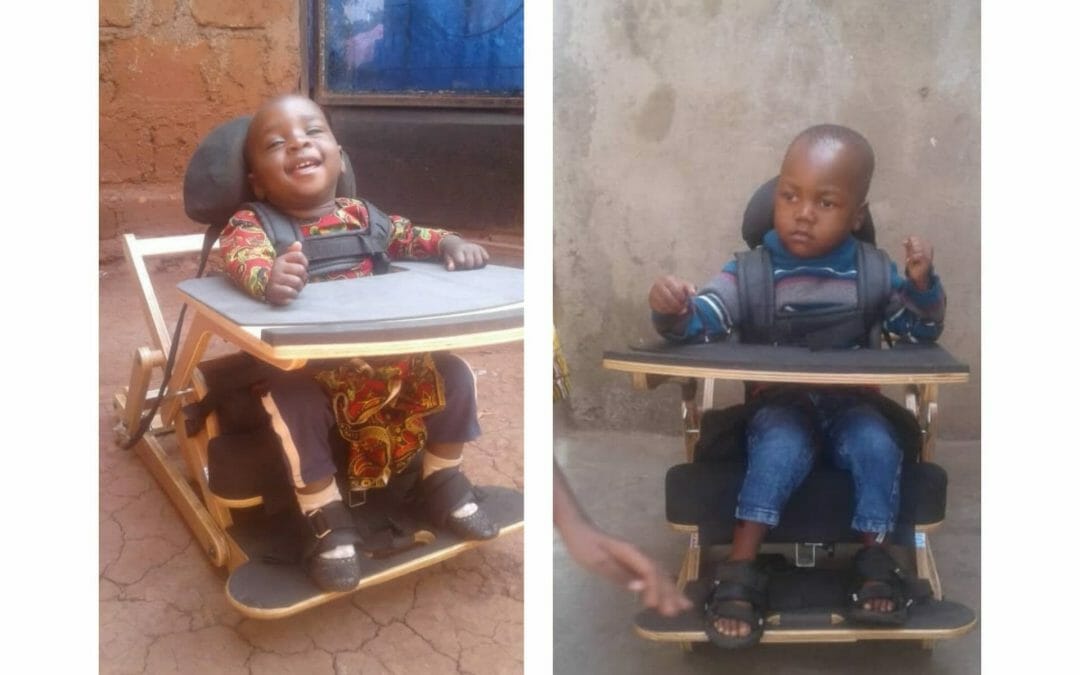 “I am optimistic about her future [and] grateful for the chair.”

Nakijwa’s mom noticed that her daughter’s development seemed delayed. So when Nakijwa was eight months old, she brought her in to CCBRT for an assessment. The therapists at CCBRT developed a treatment plan for Nakijwa and fitted her for a Motivation Moti-Start to support her growing body. Since Nakijwa received her new Motivation Moti-Start, her mom says, “it has made it easier for me to feed [her] in a proper position as well as play with her toys, allowing me to get involved with house chores and farming activities. I am optimistic about her future [and] grateful for the chair.”

When Shaban’s mom brought her 3-year-old son to CCBRT, she was very worried about his development since he wasn’t yet able to lift his head on his own. Adding to her stress, she was pregnant and wasn’t sure how she’d be able to take care of both Shaban and a newborn. At CCBRT, Shaban, who has cerebral palsy, was provided with a Motivation Moti-Start which gave him the postural support needed to sit upright on his own. Since Shaban received his new device, his mom reports that he “has made significant progress in his ability to reach and play with toys while on his chair. He is seen by other children as a special child so they come to play with him while he is in his chair.”